What you should know about Kitec plumbing 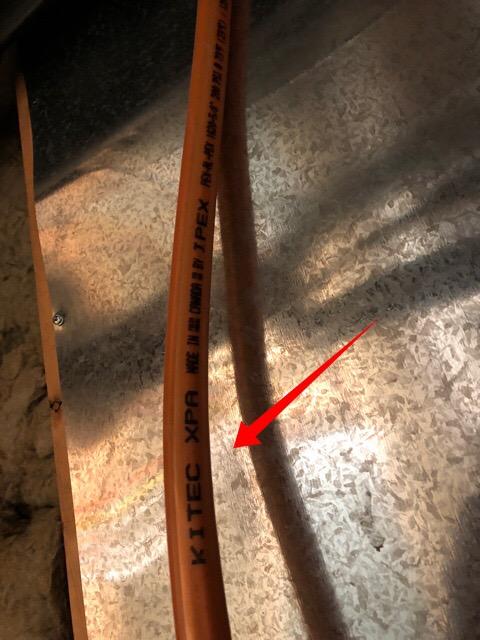 In 1995 Kitec plumbing was introduced into Canada and the USA. It was installed in newly constructed homes and extensively renovated homes. It has also been sold for in-floor and hot-water baseboard systems as well as for drinkable water piping. A majority of plumbers believed this to be a good plumbing system as it was more affordable than copper, easy to install, and the material was quite flexible as well as resistant to corrosion. By 2005, Kitec plumbing had been recalled due to its accelerated corrosion rate. Kitec plumbing was discontinued and is no longer manufactured.

Why should Kitec plumbing be replaced?

Experienced professionals believe homes with Kitec plumbing have a high risk of premature pipe failure. Unfortunately, the pipes may not just LEAK but will BURST causing a potential flood in the home. When the water temperature becomes hotter than the manufacturer's rating of 77ºC (180ºF) or by excessive water pressure, it causes the Kitec pipes to deteriorate. Replacing your plumbing with with a plumbing product that meets today's acceptable ASTM standards is typically the best solution to rectify this unreliable piping.

How to tell if your home has Kitec plumbing?

Kitec plumbing can be identified by it's bright orange (hot water) and bright blue (cold water) pipes and sometimes was sold in red, blue, black and gray coloured pipes.

The pipes were commonly sold under Kitec but at times were sold under the following brand names:

Typically, Kitec systems can be found by the hot water tank or in the mechanical room where the pipes are connected to or exiting from the walls. Pipes can also be found under kitchen sinks or bathroom vanities.

In 2011, A major lawsuit was settled throughout Canada and the United States with a settlement fund of $125M (USD) with $25M (USD) in legal fees. Due to the estimated 87,600 claims, definitive amounts will not be finalized until the expiry of the claims period in 2020. Check your plumbing and save your most important investment - your home! 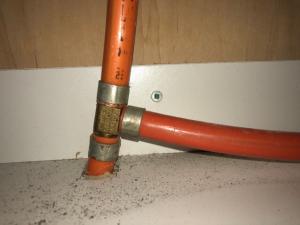